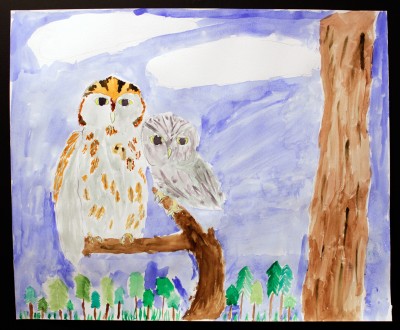 Summer campers at Earth Focus Day Camp 2015 made observations about the natural world around them as they hiked the gardens, prairies, wetlands, and woodlands of the Arboretum. Art teacher Janet Moore shared different drawing techniques, explored textures, and painted in watercolor so the campers could turn their observations into art.

While outside, the campers drew from direct observation. After coming back inside, they created art inspired by their experience outdoors as well as objects and images in the classroom that captured their imagination and creativity.