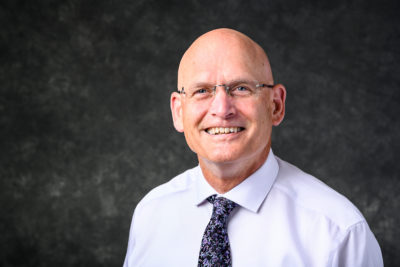 The vice chancellor for research and graduate education leads one of the largest and most diverse research programs in American higher education. As part of his responsibilities, Ackerman will oversee the activities of nearly 20 interdisciplinary research centers, including the UW Arboretum. Research has been a cornerstone of Arboretum activities since our beginnings in the 1930s. The Arboretum is the birthplace of an entire field of academic study—restoration ecology—and Arboretum staff work with faculty, graduate, and undergraduate researchers from the UW–Madison and beyond to continue this tradition.

Ackerman has been on the UW–Madison campus since 1987, when he joined as an associate researcher. In 1992, he became a professor in the Department of Atmospheric and Oceanic Sciences and has served in a number of additional leadership roles since. Arboretum director Karen Oberhauser says of Ackerman’s appointment, “His research expertise in climate science is very relevant to Arboretum work, and the entire staff enjoyed meeting him when he visited the Arboretum soon after taking over as the interim Vice Chancellor in August 2019. We look forward to working with Steve Ackerman in his new role as Vice Chancellor for Research and Graduate Education.”