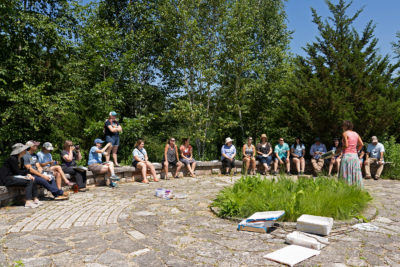 From July 10 to 12, fifty-six K–12, early childhood, and informal educators from eight U.S. states, the District of Columbia, and two Mexican states attended the North American Monarch Institute (NAMI). We put in two full days (8:30 a.m. to 6:30 p.m.) at the Arboretum and also spent a day at the Aldo Leopold Legacy Center in Baraboo.

Participants spent time learning about and observing monarchs, indoors and outdoors, including up-close and personal time with dozens of butterflies in outdoor flight cages (and a subsequent mass release of the butterflies). We learned how to monitor milkweed in the Native Plant Garden and contribute to the Monarch Larva Monitoring Project, a 23-year-old citizen science project. Both the monarchs and the milkweed put on a great show.

Participants also learned how to involve students in other monarch citizen science projects: Journey North, Project Monarch Health, and the Monarch Watch tagging program. Leaders from conservation and monitoring programs in Mexico told us about their work to understand and conserve monarchs during the fall, winter, and spring migratory and wintering periods south of the border.

But the workshop wasn’t just about monarchs—a key goal was to promote exploration of the natural world by students. To facilitate this, we studied interactions between a variety of plants and insects, as well as the relationship between the size of a habitat and the biodiversity it supports. The visit to Baraboo was a highlight of the workshop, as most participants had never seen the land that inspired Leopold’s A Sand County Almanac.

This was the tenth year that NAMI, funded by the U.S. Forest Service International Programs, has been offered, but the first year it was hosted at the Arboretum. 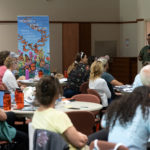 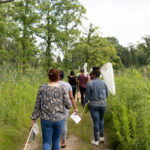 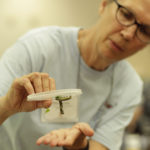 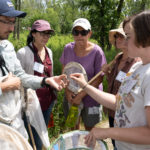 Instructors for both workshops included seven Arboretum staff and four staff from the Monarch Joint Venture (based in Minnesota). Thanks to USFS funding, all participants can create natural habitats at their home sites, supporting the successful implementation of what they learned in the workshops.

It was especially rewarding for me to host these workshops at the Arboretum. I’ve led them since they started a decade ago, and bringing together the Monarch Joint Venture team and Arboretum educational staff has offered a wonderful blend of my past and present conservation outreach work. Learning in the Native Plant Garden, Curtis Prairie, and Longenecker Horticultural Garden, with time to further explore Arboretum grounds, made the workshop an amazing experience for instructors and participants alike.