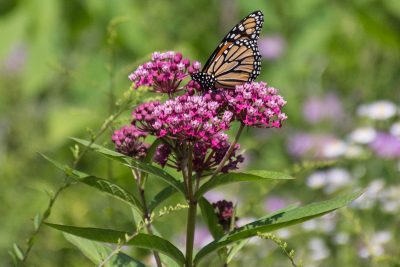 North America’s monarch butterfly, whose showy looks and extraordinary migration have made it one of the continent’s most beloved insects, has been classified as endangered by the International Union for Conservation of Nature, the world’s most comprehensive scientific authority on the status of species.

The decision comes after decades of falling populations driven by losses in the plants they need as caterpillars and in the forests where adults spend the winter, combined with climate change, the assessment found. The authors reviewed about 100 studies, interviewed experts and applied criteria from the group’s Red List of Threatened Species to come up with their decision.

“It’s been so sad to watch their numbers decline so much, so anything that might help them makes me happy, and I think that this designation might help them,” said Karen Oberhauser, a conservation biologist at the University of Wisconsin who has studied monarchs for more than 35 years and contributed to the assessment. “Although it’s sad that they need that help, that they’ve reached the point where this designation is warranted.”

Read the full New York Times article by Catrin Einhorn, July 21, 2022 (This article has a paywall.)

Please note that this is not a listing under the United States Endangered Species Act and there are no federal protections for monarch butterflies.