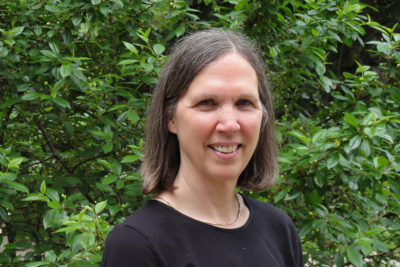 “When I moved to Madison from St. Paul, Minnesota, in the late summer of 2017, I was thrilled to see fireflies in my neighborhood, lots of them.

“There were yellow-green flashes from Photinus species, and greener flashes from Photuris species, and others that I didn’t recognize. I found females ‘calling’ to the males by flashing from the ground and remembered that the world of fireflies is full of intrigue. Females of some species pretend to be from another species by mimicking their flashing patterns. When the unsuspecting males of the other species fly down to what they perceive as a mate, they can be eaten by this ‘femme fatale.'”

“Sadly, it had been a long time since fireflies were a part of my everyday life because so few of them were in St. Paul. We may be able to do something to protect fireflies and other insects we like by choosing not to spray our property with insecticides — including those used to kill mosquitoes.”