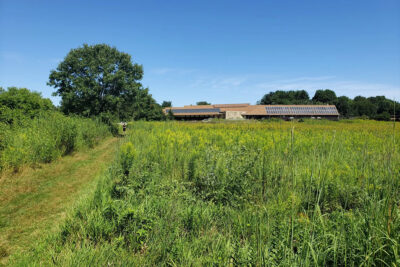 They’re also vital to us. Prairie plants like big bluestem have deep root systems that filter groundwater and store carbon — the root systems are so extensive that they’ve been likened to underground forests. Prairies also create fertile soil for farming and grazing.

Prairies used to cover 2 million acres of Wisconsin, mostly in the southern part of the state. But as more settlers cleared the fertile land for farming, Wisconsin’s grasslands became a much rarer landscape. Today there are only about 12,000 acres left — less than .1% of the original landscape, according to the Wisconsin Department of Natural Resources.